The term “miners” was selected to associate the mining of gold with the process of mining Bit “coins”.  Gold is considered valuable throughout the world and it is difficult to mine from the earth.  "Mining" in Bitcoin mining is also difficult, taking great amounts of computational power to be highly competitive in order to receive Bitcoin.

Bitcoin mining started with Satoshi Nakamoto, an unknown figure who founded Bitcoin, by testing his software and mining the first coins in 2009 to prove that his system worked.  This took very little computer power as he was the only one on the network mining Coins.

The first block on the blockchain produced 50 coins.  During the first 6 days he created 43,000 coins worth over a billion dollars as of this post.  In 2009 they were worth zero, so he started creating demand for his coins over the next few months.

Since the dawn of the internet, independent spirited individuals were looking for the holy grail of digital transactions on a peer to peer basis.

Many attempts had been made and all had failed.  Nakamoto had figured out a digital peer to peer transaction with no third-party "trusted" entity.

Instead he used an incentive program where anyone with a computer could download the software and start mining Bitcoin.

Mining is a misnomer, it really means verifying transactions and being paid in Bitcoin for your work which is called proof of work.

The blockchain is a distributed ledger of each transaction ever made in the Bitcoin network, and miners are the ones who verify there are no double transactions or any other chicanery.   Only one miner at a time gets to place the block, but the community of miners verifies the transactions are correct.

A Hash is a 64 bit encryption using 256 SHA^2.  Each block takes all unverified transactions in 10 minute increments, adds each hash (individual transactions) into a block which will also end up as a 64 bit hash.

Yes, this can be hard to put your mind around, just think of it as zipping or condensing a file.  Please click here to see how this works.  Whether it’s one sentence or War and Peace, your hash will be 64 digits.  To keep this simple, the system works and the system itself is fool proof. 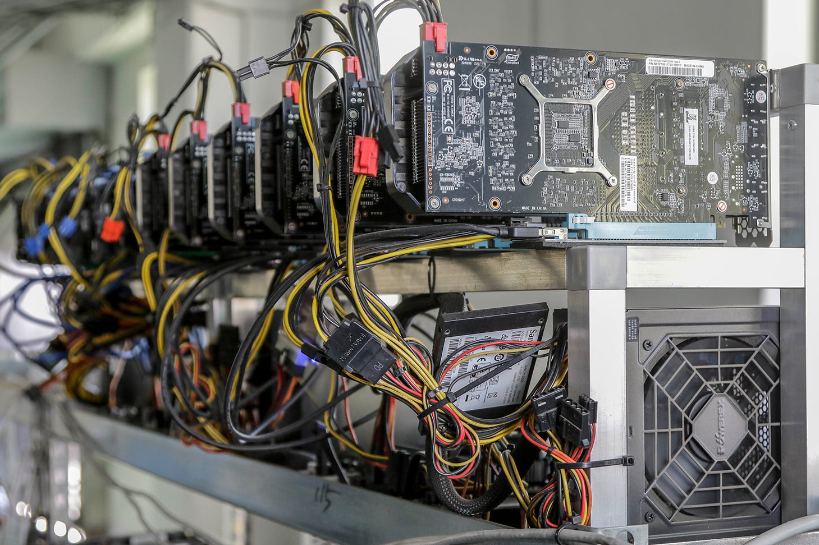 Using the concept of competition to get the transactions verified (mined) first has led to miners combining forces and pooling their computational power.  In a way this is like buying lottery tickets, the more you buy the better chances you have to win.

The more power you use the more likely you are to get your Bitcoin.  The cool thing is that the more power and the more people vying to mine Bitcoin, the harder the computation gets so that each block never exceeds 10 minutes.

Also the number of coins awarded per block decreases by half every few years.  As of right now about 80% of the total Bitcoins (18.5 of 21 million) have been mined.  Once these are depleted the miners will be paid with small transaction charges.

Mining was the missing part of the puzzle that had been so crucial and the reason so many others had failed at creating digital peer to peer currency without going through a central institution. As attitudes change and the community grows, Cryptocurrency has a huge potential for changing how we see money and our society in general.