Bitcoin was introduced as a white paper in 2009 by an unknown individual going by the name Satoshi Nakamoto, it has since become one of the most well known alternative digital currencies in the world.

The world has been run for generations using centralized banks to store money, and almost all transactions were local.  Then the internet came along and a new global audience was a couple clicks away. Yet we had no way to ensure these transactions could be trusted.

Miners are an important feature of Bitcoin as they compute the algorithms which are entered onto the blocks.

How is Bitcoin a currency?  This technology is so new it is hard to fit it into our normal concept of currency.  As of right now you can buy goods and services with Bitcoin online and in the physical real world.

The financial world is ramping up to invest in this technology because of its unlimited potential in the global market.

The more crypto goes mainstream the easier it will be to use instead of credit cards or cash.  On top of this, there are brilliant minds coming up with new ways to use this technology every day.

These entrepreneurs have taken the blockchain technology to amazing places as we see new innovations being developed that just a few years ago hadn't even been imagined.

It won’t be long until our current concept of currency world wide will be outdated and replaced with blockchain technology.  Once I wrapped my mind around how life altering the potential of this technology was I jumped aboard and haven't looked back.

Today there are thousands of alt coins of which Bitcoin takes a little more than half the market cap.  Bitcoin is still seen as the safest bet as it has suffered the most attacks and issues over the years and thus it is the most trustworthy of all crypto, tried and true. 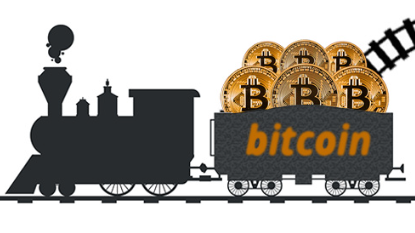 The new money that will be coming into the Crypto Market will most likely start in Bitcoin.  No matter what anyone tells you, Bitcoin is NOT going away. All I can say is hop on board this train as it already has a ton of momentum and those that are on board now may well reap the rewards.