Bitcoin history and why it was created

Bitcoin History can be traced back to 2008 and its creation.  The factors that led to Bitcoin trace all the way back to 15th century Italy, when the modern banking system was created.  Those who saved their earnings could put their money safely in a bank and those who needed to borrow could pull that money out paying it back in interest at a later time.

This made sense for both parties, and the bank would keep track of the ledger of payments becoming the trust between two strangers doing business.  This system wasn’t about physical currency as much as organizing, creating, sharing a countries debts and payments all in a central banking system.

Unfortunately through the years our societies could not do business without the control of the central bank ledgers the powerful banks kept, and thus they became extremely powerful.

A society did not function without transactions through these gatekeepers.  Now we pay fees to these central processors via credit cards, ATMs, Debit transactions etc.  This culminated with the 2008 crisis where we came hours away from catastrophe.

Criminality and fraud are systemic in our banking system.  Bitcoin's computer algorithms are not greedy, they don't scam, and they are completely open to audits by anyone at anytime unlike the banking ledger.  Banking ledgers are top secret and regular people are unaware of corruption and misdeeds done in darkness.

Taking some power away from these centralized figures is such an enticing prospect.   Bitcoin's history is short but it really is the next step in money.

Suspiciously, Satoshi Nakamoto (real name still unkown) published his white paper on Bitcoin 2 months after the 2008 crisis.  2009 brought us a technology that can bypass the banks using a decentralized medium to do business giving back the power to the people.

The blockchain was birthed, the ledger that was kept locked inside central banks in darkness now belonged to networks of computers acting independently verifying the transactions between strangers.  A system of trust bypassing the middle man we had come to depend on and who brought us to the brink of disaster.  The Bitcoin ledger (blockchain) could be downloaded by anyone bringing light to what had been so long in the dark. 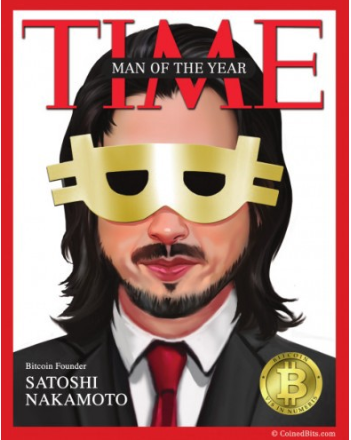 Someone may ask, “Why should Bitcoin matter to me?” The fees that are saved don’t seem like much when you think in your own personal terms, but globally its a different story.

Nearly $100 trillion of economic output goes through central institutions worldwide, bypassing this would create trillions of dollars in savings that could be pocketed by productive individuals instead of the bankers and other middlemen.

How Bitcoin is made

Bitcoin uses cryptography to disguise a private key password and sends it to a public address in a trustless environment meaning you can send your coins over the internet and not have to worry about security.  A high powered computer running the Bitcoin mining software called a node is used to combine a group of these transactions together and the calculation is put into a block on the ledger once a consensus is formed.

These nodes are where the “data mining” is performed and the individual miner is compensated in Bitcoin.  This ledger is called the blockchain, and it has all the blocks ever calculated since the beginning.  Several independent node's ledgers are updated thus the system cannot be manipulated after a block is calculated.

Cryptography allows a person to send and receive Bitcoin anonymously, although as the transactions are public, they are traceable through the exchanges it was purchased from as you have to tie your bank account, name, id to the Exchange where they were bought.  Monero is an example of cryptocurrency which is untraceable.

This has given individuals in societies such as Afghanistan which does not allow their female population to have a bank account the ability to actually enter into society on an equal footing.  This brings small countries with antiquated banking systems the potential to compete in the global system.